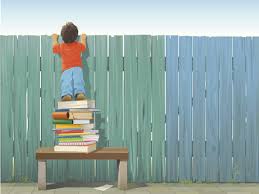 If you’re lacking in motivation or feeling a slump in your drive, this blog should serve as a nice kick in the pants.

Here’s what to do if you want the massive performance boost that comes with having undaunted drive:

Of course, curiosity, by itself, is not enough to create true passion.

There’s just not enough neurochemistry being produced for the motivation you require.

Instead, you want to look for places where three or four topics of your curiosity intersect.

If you can spot the overlap between multiple topics of interest, well, now you’re cooking. There’s real energy there.

When multiple curiosity streams intersect, you not only amp up engagement—you create the necessary conditions for pattern recognition, or the linking of new ideas together.

Pattern recognition is what the brain does at a very basic level.

It’s essentially the fundamental job of most neurons.

As a result, whenever we recognize a pattern, the brain rewards us with a tiny squirt of dopamine.

Dopamine, like all neurochemicals, plays a lot of different roles in the brain.

First, dopamine is a powerful focusing chemical. When it’s in our system, attention is laser-targeted on the task at hand. We’re excited, engaged, and more likely to drop into flow.

Second, dopamine tunes signal-to-noise ratios in the brain, which means the neurochemical increases signal, decreases noise, and, as a result, helps us detect more patterns.

There’s a feedback loop here. We get dopamine when we first detect a link between two ideas (a pattern), and the dopamine that we get helps us detect even more links (pattern recognition).

If you’ve ever done a crossword puzzle or played sudoku, the little rush of pleasure you get when you fill in a correct answer—that’s dopamine.

The reason we tend to fill in multiple answers in a row?

That’s dopamine tweaking the signal-to-noise ratio and helping us detect even more patterns.

Third, dopamine is one of those aforementioned reward chemicals, a feel-good drug produced by the brain to drive behavior. Dopamine feels really good.

Cocaine is widely considered the most addictive drug on earth, yet all that it does is cause the brain to release large quantities of dopamine, then block its reuptake. And the pleasure produced by this chemical is key to passion.

Finally, dopamine, like all neurochemicals, amplifies memory. This, too, is automatic. A quick shorthand for how learning works in the brain: the more neurochemicals that show up during an experience, the more likely that experience will move from short-term holding into long-term storage.

Memory enhancement is another key role played by neurochemicals: they tag experiences as „Important, save for later.“

This is what happens when our own internal biology does the heavy lifting for us.

Looking for you for new FLOW biohacks,

Follow me!
Do you know what really drives you and how do you get to the next level ? By...

My discovery journey has been made possible by ….books
Nach oben scrollen