When we talk about drive—the psychological energy that pushes us forward—we’re really talking about the two final systems: 1) play/social engagement and 2) seeking/desire.

1) The play/social engagement system is about all the fun stuff we used to do as kids: running, jumping, chasing, wrestling, and, of course, socializing.

Scientists once assumed the point of play was practice. We practice fight today because tomorrow could bring an actual fight for survival.

Now, we know that play is mostly designed to teach us about social rules and social interaction.

When you’re playing with your little brother and Mom screams, „Don’t pick on someone smaller than you,“ she’s exactly on message.

It’s nature’s way of instructing us in morality.

And that instruction occurs automatically. When we play, the brain releases dopamine and oxytocin, two of our most crucial „reward chemicals.“

These are pleasure drugs that make us feel good when we accomplish, or try to accomplish, anything that fulfills a basic survival need.

Dopamine is the brain’s primary reward chemical, with oxytocin a close second.

Yet serotonin, endorphins, norepinephrine, and anandamide also play a role. The pleasurable feeling created by each of these chemicals drives us to act and, if that action was successful, reinforces the behavior in memory.

Dopamine specializes in driving all the various manifestations of desire, from our sexual appetites to our quest for knowledge.

We feel its presence as excitement, enthusiasm, and the desire to make meaning from a situation. When your phone dings, and you’re curious to check it out, that’s dopamine at work. The urge to decipher black hole theory, the hunger to climb Mount Everest, the desire to test your limits—that’s dopamine, too.

This neurochemical produces a huge increase in energy and alertness, stimulating both hyperactivity and hypervigilance.

When you’re obsessed with an idea, can’t stop working on a project, or can’t stop thinking about the person you just met, norepinephrine is responsible.

We feel its presence as joy and love. It promotes trust, underpins fidelity and empathy, and heightens cooperation and communication.

Serotonin is a calming, peaceful chemical that provides a gentle lift in mood. It’s that satiated feeling that comes after a good meal or a great orgasm, and it’s partially responsible for that post-meal/post-coital urge to take a nap.

But it also appears to play a role in satisfaction and contentment, that feeling of a job well done.

They’re both heavy-duty stress relievers, replacing the weight of the everyday with a euphoric sense of relaxed happiness.

It’s that „all is right in the world“ sensation that shows up during experiences like runner’s high, or when we catch our second wind.

Dopamine plus oxytocin is the blend beneath the delight of play. Passion—including everything from the passion of an artist for their craft to the passion of romantic love—is underpinned by the pairing of norepinephrine and dopamine.

Flow may be the biggest neurochemical cocktail of all.

The state blends all six of the brain’s major pleasure chemicals and appears to be one of the only times you get all six at once.

This potent mix explains why people describe flow as their „favorite experience,“ while psychologists refer to it as „the source code of intrinsic motivation.“

2) The seeking/desire system is the second system that plays an important role in drive.

Sometimes called the „reward system,“ this is a general-purpose network that helps animals acquire the resources they need for survival.

„In pure form, [the seeking system] provokes intense and enthusiastic exploration and… anticipatory excitement [and] learning,“ writes Jaak Panksepp, the neuroscientist who discovered these seven systems.

„When fully aroused, the seeking system fills the mind with interest and motivates organisms to effortlessly search for the things they need“—italics mine.

I put „effortlessly“ into italics for a reason. If we can tune the system correctly, the results show up automatically.

Consider passion. When we’re passionate, we don’t have to work hard to stay on task. Because of dopamine and norepinephrine, that happens automatically.

But mostly, grit takes care of itself because I have curiosity, passion, and purpose.

When I wake up, I’m excited to see where the words will take me.

I am hoping you started your day today in the same way.

It’s our basic biology at work, the push of our most critical emotional fuels, expertly cocktailed for maximum thrust. 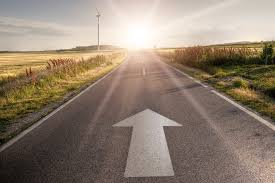