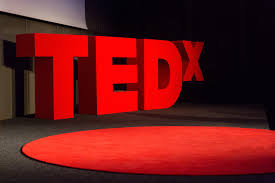 It may seem like an impossible dream to join the likes of Al Gore or Anthony Robbins as speakers at TED, the legendary ideas conference.

But with the creation of TEDx, independently-organized TED-like conferences throughout the world, it’s now possible for far more people to become speakers. And there’s the potential for breakout success: some of the most popular TED talks of all time, including Simon Sinek’s “Start with Why” discussion of leadership, which has garnered more than 16 million views, began as TEDx talks that were uploaded to the main TED site. So how can you become a TEDx speaker and share your “idea worth spreading”?

Here are five strategies to follow I learnt attending the workshop SPEAK TO INSPIRE offered by the London Real Academy of Brian Rose.

1.Start By Researching Future TEDx Events. By the time you’re reading about an upcoming TEDx event in the newspaper, it’s far too late to become a speaker. Many TEDx events pride themselves on solidifying their lineup and prepping their speakers well in advance – at least a month, and sometimes six months to a year. To find upcoming events, visit the TEDx event page to find out who’s running a program at least several months in the future.

2.Investigate the Application Process. For some TEDx events, there’s an open call for speakers that’s available on their website. And even for others that don’t issue an open call, many will consider proposals. The secret is making sure your application stands out. Ideally a prospective speaker should send half a page max of text explaining his/her idea, why is it new, why him/her [is he/she an expert on this?] and some video to check how he presents.

3.Respect the Theme. Not all TEDx events have a stated theme, but some do – and if you’re proposing a talk, it behooves you to respect that.

4.Make Yourself Findable. One way to land a TEDx talk is to be a friend or colleague of the organizer (or of a past speaker, who may be able to recommend you). Another is to submit a proposal. But a third important route is being discovered, which happens quite frequently. Generally the speakers are not known before the TED event.   So make sure you can be found: share your ideas through blogging, tweeting, and speaking to other groups, so that you start to build a buzz.

5.Understand the Nature of TEDx. Like the TED conference, the goal of TEDx is to share “ideas worth spreading.” That generally doesn’t mean your company’s new widget. A lot of people want to sell something, promote their business or product, or are just trying to promote their career or their business. That’s not the kind of speaker he’s seeking. Instead, focus on how your story can add value to others and why you’re the right person to tell it. And recognize that TEDx talks, while great publicity, will not be a direct moneymaker: they’re not allowed to pay speakers.

Follow me!
# MIND SHIFT: THE STRATEGY OF THE DOLPHINS – Scoring a Win a Chaotic World...