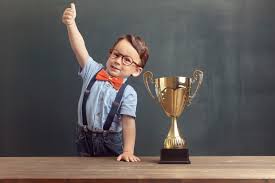 What’s the secret to success?

Some would argue that insanely successful people possess traits like having a vision, showing gratitude, being honest, learning from failure and having a high emotional intelligence.

While these traits definitely play a role, the real secret to success comes down to science, particularly advancements in neuroscience, and how you can condition your brain to achieve your dreams and goals.

The neuroscience of success can get complicated, but it’s really about how your brain functions in three different areas:
1) reticular activating system (RAS),
2) the release of dopamine and
3) your memory.

If you’re not a science person, I’ll try and make this all as simple as possible 🙂

Located at the base of the brain where it connects with the spinal cord, there’s one of most important parts of the brain: the reticular activating system.

RAS influences cognition and is basically a filter for the roughly eight million bits of information (subconsciously) flowing through our brain.
In other words, it eliminates the white noise.
When a message gets past the RAS filter it enters the cerebrum and is then converted into conscious thoughts, emotions or even both.

As Ruben Gonzalez, author of The Courage to Succeed, explains, “Even though the cerebrum is the center of thought, it will not respond to a message unless the RAS allows it.
The RAS is like Google. There are millions of websites out there, but you filter out the ones you are not interested in simply by typing a keyword.”

So, what messages get through? Pretty much just the ones that are currently important to you.
For example, if I’M focused on preparing for a speaking engagement as a PUBLIC SPEAKER (e.g. at a TED Talk), then my RAS is going to filter in my thoughts that are going to make my presentation a success, such as the tools and resources I’ll need to deliver a memorable speech.

As Gonzalez adds, “This means the more you keep your goals ‘top of mind,’ the more your subconscious mind will work to reach them.

That’s why writing your goals down every day, visualizing your intended outcome and regularly saying affirmations is so important!
Doing those things truly does help you to focus your subconscious mind on what’s important to you.

All top performers, regardless of profession, know the importance of picturing themselves succeeding in their minds before they actually do in reality.

Something I have been able to translate over to the business arena from athletics, when I was playing as a goalkeeper in Italy is the power of visualization. It is extremely effective when harnessed and used correctly.

Every Friday night after our team dinner, my college teammates and I would gather in the hotel conference room to prep for our football game on Saturday.

We were led through a series of visualization techniques and practices led by a sports psychologist. Right away, I started to experience the incredible benefits of taking the time to picture myself succeeding before actually playing in the game. I visualized every little detail, from walking into the locker room, tying my cleats and having conversations with my teammates and coaches.

I would picture myself having the “perfect” football game, executing the defensive game plan and making big plays. The more vivid I was, the better I seemed to play. I couldn’t believe it. Before the game even started, I had already played the entire game in my mind. This made a tremendous difference because it greatly increased my confidence and comfort level.

Later I have been able to harness the power of visualization outside of athletics. Before I take the stage and speak to a large audience, I always picture myself giving the “perfect” speech. I begin weeks in advance by picturing the audience, my choice of words and the reaction from the crowd once I am finished. Visualization can be applied to any area of your life, as I know it has become very beneficial throughout mine.
Consider these three examples:

These top performers, among many others, have mastered the technique of positive visualization and openly credit it as a success tactic.

When you think of a big goal or dream that you want to achieve, it’s natural to think of all of the obstacles that will come your way. The problem is far too often we allow these obstacles to become so big in our minds that it inhibits us from moving forward. This is when many become satisfied with mediocrity.

While RAS can help you focus on the desired outcome you’d like to receive, the release of dopamine is what makes success feel oh-so-good.

As Mark Lukens, founding partner of Method3, wrote recently, “When we succeed at something, our brains release chemical rewards, the most important of which is the neurotransmitter dopamine, a chemical best known for the role it plays in addiction and drug use.” Dopamine, despite this negative association, “is a natural part of how our brains function, producing the sensation of pleasure whenever you taste coffee or chocolate, or when you achieve a big win.”

Because of this, it makes sense that “dopamine is strongly connected to motivation, driving us to repeat the behaviors that create that rush, even when we aren’t experiencing it.” However, the dopamine response is short-term, but since our brains remember how awesome it was before, we strive to seek it out over and over again.

That’s when dopamine loops enter the picture. After you’ve experienced repeated success the pleasure you initially had gets smaller and smaller. Think of it this way: After you’ve already beaten a video game, it just doesn’t feel as good the second or third time, right? That’s when you seek bigger rewards, like unlocking trophies, new characters or swag when completing a level.

“Under the right circumstances, this can drive us to seek out ever-greater thrills,” adds Lukens. It’s why video game players are constantly engaged, it’s the reason why you check your phone every minute after updating your Facebook status, and it’s what motivates us in accomplishing bigger and better things.

For instance, if your goal was to acquire three new clients within two weeks, then your next goal would be to acquire six new clients in one week. Everything else is the same, except the more challenging, and rewarding, task of doubling your stable of clients. As an added perk, this also helps you weed out the work and goals that aren’t motivating you or your team.

Neuroscientists who have studied the way that the brain retrieves memories can also determine success.

Think about that for a second. That time you went mountain biking and had a nasty spill? That was a bad experience that might discourage you from mountain biking again, at least for the foreseeable future. The same is true with starting a business. It failed and now you are more hesitant about taking that risk again.

Scientists, however, found that we can edit those bad memories to remove the negative associations. In fact, this memory therapy is used to treat PTSD sufferers. You can also edit good memories to further propel you towards success.

To weaken bad memories, bring that memory back and then let it get smaller and dimmer, like you’re watching a small black-and-white TV fade out. Once there, insert new details that scramble the memory. For instance, think about the time you bombed while giving a speech or investor pitch. Now just imagine that your audience was dressed in something that made you laugh. Do that five or 10 times and that memory will make you chuckle.

As for strengthening your memories, recall the good memories as bright and loud as possible, like watching a movie in an IMAX theater. Keep adding how that experience made you feel for five or 10 times. You should now feel on-top-of-the-world. Use that to motivate you going forward.

Hacks to rewire your brain for success.

The good news is that you can actually rewire your brain to become more successful. In fact, according to neuroscientist Michael Merzenich, it takes just 30 hours of training based on specific neuroscience techniques to improve your memory and cognition, speech patterns and reading comprehension.

I know. That may sound like a lot. But, that’s just an hour a day for a month to achieve life-long success. I think that’s totally worth it. And, most of this training involves simple daily tasks, like:

Opinions expressed by the author are their own.

Follow me!
BECOMING IN THE INFINITE GAME – applying daily the neuropsychology of...