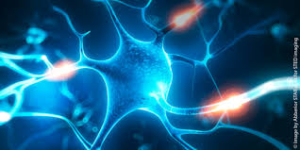 Using Neuroscience to Boost Your Day

That breakthrough idea you had that saved the registration of the product? Your incredibly funny joke at the strategy meeting? Don’t overestimate your knowledge and years of experience — you were probably just having a good brain neurochemical cocktail.

Or so says Baba Shiv, a marketing professor at Stanford’s Graduate School of Business. Shiv’s research focuses on the role neural structures play in decision making and economic behavior. He has also long been fascinated by the biological roots of creativity.

According to Shiv, creativity resides at the intersection of two primary pathways in the brain, which can be seen as a daoistic combination of YING and YANG. Along one pathway, the neurotransmitter serotonin helps you operating from a sense of calm and contentment, correlated with the activation of the parasympaticus. On the other pathway, dopamine moves you from boredom or apathy to excitement and engagement.

The right neurochemical cocktail for your best creative work, according to Shiv, is a high level of both serotonin and dopamine. „This will produce a condition in which you are calm but energized,“ he says.

How do you achieve this blissfully creative state?

For starters, you can reduce stress in the office. Spikes in stress hormones such as cortisol counteract the creativity-boosting effects of serotonin. Plus, stressed-out people tend to be closed off to new ideas, says Shiv. Studies of baboons have shown that when experiencing stress, they refuse to seek out new territory (or mates, for that matter). For humans, that means people are more likely to stick to familiarity when under too much pressure.

Poor sleep can also have negative effects on creativity. Shiv says people need up to two hours of deep, non-REM sleep each night for the brain to restore the proper levels of serotonin. This sort of deep sleep accounts for less than 30 percent of the average person’s slumber, but it can be diminished by sleep interruptions as well as alcohol and caffeine consumption.

Serotonin levels tend to be highest in the morning, making it an optimal time to schedule brainstorming sessions. To make the most out of the morning’s elevated levels of serotonin, Shiv suggests nixing carbs in favor of a high-protein breakfast. „That’s the best brain food,“ he says. „The proteins produced from it in the body are converted to the much-coveted serotonin and dopamine.“ And caffeine? It acts as a „physiological arouser,“ says Shiv. In other words, it will magnify whatever emotion you’re already feeling. Translation: If you’re on a hot streak of developing new ideas, have another cup of coffee; if you’re anxious about meeting your budget, skip it.

Cardiovascular exercise also enhances the neurological conditions for creative thinking, by releasing a peptide that helps produce serotonin. If you have an afternoon brainstorming meeting, Shiv recommends first taking a 10- to 15-minute brisk walk. „Or, better yet, walk and talk,“ he says.

Maintaining a variety of intellectual interests also keeps the creative juices flowing. Shiv says it’s important to talk to people in other disciplines and read widely outside your field to develop „knowledge nodes“–bits of unrelated information that can come together to produce an unexpected solution. „This is how Steve Jobs operated,“ Shiv says. „His wide-ranging interests allowed for a creative lifetime of connecting the dots.“

If you are interested in having a copy of my „FLOW STATE CHECK LIST – 7′ Morning Routine Journal“ just write me an email to giannecchinimarco@googlemail.com and you‘ ll get it FOR FREE!

Follow me!
From TED TALK zum SMALL TALK – 6 TED Talk Strategies to FLOW and Be More...

These are the 6 things I do every morning (and the night before) to reboot my...
Nach oben scrollen