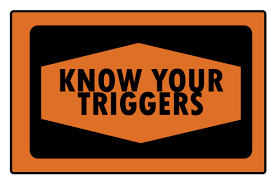 „To forget oneself – to lose oneself in the music, in the moment – that kind of absorption seems to be at the heart of every creative endeavor. “
— Dani Shapiro

If you’ve ever truly experienced FLOW, you know there’s nothing quite like it.

It’s been referred to as an optimal state of consciousness.

And it’s a feeling so addictive that once you’ve experienced it, you crave more of it.

The ability to experience FLOW is the closest thing that human beings have to a superpower.

Not only that, flow is like rocket fuel for any creative endeavor.

Every person has certain times of the day when they are at their peak creatively.

Understanding when these times occur and the conditions that bring them about can you help you tap into FLOW states on a daily basis, while also drastically increasing your creative output.
For me, the first two hours of the day are more productive than the entire rest of the day combined. This why I believe so strongly that you should turn on your home office devices first in the morning when you have inducted FLOW.

When you start your day with hits of dopamine, you’ll crave them all day long.

So how exactly do you tap into FLOW states on a daily basis?

There are so called FLOW triggers, preconditions needed for somebody to enter a FLOW state.

When it comes to FLOW, focus is perhaps the most critical ingredient. If flow was chocolate cake, focus would be the chocolate. Steven Kotler in his Master Class „The Habit of Ferocity“ says the following:

Flow follows focus. The state can only show up when all our attention is focused in the right here, right now. Evolution shaped what we now know of as 20, there are probably more, but we know of 20 triggers. These are things that drive attention into the present moment. People who have extremely high flow lives have built their lives around these triggers. The funny thing about them is that none are complicated and none are super sexy. They’re all really unbelievably obvious and underwhelming on a certain level. And you know all of these things because your body is hardwired for flow, it’s hardwired to move in the direction of peak performance.

Extreme sports athletes come face to face with risk on a regular basis.

Creative work provides you with the opportunity for risk. With everything thing you create, there’s always the risk that it might not strike a chord with its intended audience. That’s not a bad thing since it’s prerequisite for FLOW.

Part of the reason creative people and extreme sports athletes are able to get into FLOW on a regular basis is because their environments provide novelty.

Novelty is built into these environments. If you understand how to design your environment for optimal performance and creativity, you’ll be able to create a rich one more easily.

Steven describes deep embodiment as a “kind of full body awareness.” In other words, pay attention to all of your sensory input
Listen to the sound of your fingers as they tap on the keyboard.
Feel the beat of your heart. Pay attention to your breath. Consider a daily meditation habit.

On the days when I’m most easily able to tap into a FLOW state, I’m quite clear on what exactly I want to accomplish. For example I had the idea for this article yesterday and I knew that I wanted to write it today. On the days when I don’t actually have an idea for an article and just sit down to do my 1000 words, I’m less likely to find flow and less likely to produce something I think is worthy of publishing.

Extreme sports like surfing have immediate feedback built into them. You know because you’re either standing up on a wave and riding it or eating shit. But, this is a tricky one when it comes to creative work because, one of the easiest ways to get feedback is to share it via Facebook or twitter, which also happened to be the very things that can kick you out of FLOW. However, since visible progress is a precursor of FLOW, that progress can serve as immediate feedback.

At a certain point, when something becomes too easy for you, it no longer results in flow. FLOW appears as Steven says “between the midpoint of boredom and anxiety.”

Just going through the motion of writing 1000 words a day, no longer results in flow for me because I’ve done it for so long. It’s not a challenge. But if I can push slightly past that word count, and even challenge myself to produce something that is worth publishing it will kick me into a FLOW state.

Now that we know what triggers FLOW, let’s look at a more practical application of these ideas.

Every now and then my days get thrown off and things don’t go according to plan. Today was one of those days. I had planned to surf but I got to the park for jogging and it was too windy and rainy. So I had to consciously think about what I needed to do to tap into a FLOW state so I could finish this post. The steps below are exactly how I did it.

Eliminate all sources of Distraction

I’ve written extensively about this in several previous pieces so I won’t go into too much detail. But this really the first step in preparing yourself for both deep work and FLOW. Some ground rules for this are as follows:

Often the most seemingly harmless things are the most detrimental to our ability to get into flow. One tweet, one status update, one email check, and in the words of Steven Pressfield “we flush our life down the toilet 140 characters at a time.”

Prime the Creative Pump
I always before I write. All I’m searching for is one sentence, one quote, or one passage that will help me get started. When you have no idea what to start with, somebody else’s words can help you to at least get something down on paper. Once you have something down on paper, you’re no longer staring at a daunting blank page.

It’s hard to know exactly when in a writing session that a FLOW state will kick in. If you take into consideration the challenge to skill ratio, it could be 100 words it could be after you hit 1000 words. Ultimately what matters is that you’re not multitasking and solely focused on writing. If you persist past the point of boredom eventually you’ll hit FLOW.

If you’re in an environment that’s noisy, like an office, or a coffee shop, headphones can make a big difference. Writers have talked about listening to the same track on repeat.

As Chris Bailey, founder of A Life of Productivity once said “study after study after study has shown that multitasking is ineffective.” Given that it might be even be doing damage to your brain, it’s probably worth resisting the temptation.

When I conduct interviews for the Unmistakable Creative, the only thing I ever have open is Skype. I want to be fully present in the conversation I’m having and it makes a huge difference in my ability to connect with my guests.

The kind of performance gains that you experience from deep work aren’t just deltas, but exponential.

When I’m writing in a deep FLOW state, I can write 3000+ words in half the time it normally takes me to write 1000 words and the quality is significantly better.

When you’re able to leverage a FLOW state, you get disproportionate increases in creative output.

Once you start to experience flow on a consistent basis, the shallow short-lived, dopamine-driven satisfaction of emails, status updates, and notifications will start to lose their appeal. You’ll feel more fulfilled and you’ll get more meaningful high-value work done.

Follow me!
THE Top 19 Habits of Insanely Successful and Passionate People