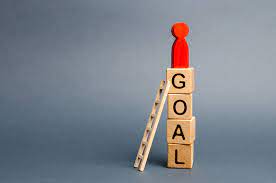 (Photo above from internet source)

Today I have two basic principles to achieve epic goals at ease:

And it’s a sizable step away from what you see with people, doing on social media with their #goals.

But if your aim is to actually achieve your goals (rather than merely feel good about having and blabbing about them)… keeping your goals to yourself comes with a nice performance boost.

Why am I saying this?:

But a series of additional studies by NYU psychologist Peter Gollwitzer showed that talking about a goal significantly lessens your chances of achieving it.

By giving voice to an aim, you’re creating what’s called a „social reality,“ and this has negative consequences for real reality.

The act of telling someone about your goal gives you the feeling that the goal’s already been achieved.

It releases the dopamine you’re supposed to get afterward, prematurely.

And with that neurochemistry comes the feeling of satisfaction.

Satisfaction that makes you stop.

Once you’ve already felt that high, it’s difficult to get back up for the hard fight required to actually earn it.

As the saying goes, real badasses move in silence.

High, hard goals need to be challenging but attainable.

If you’re chronically stressed out about how hard your goal is to achieve, then you’ll wear yourself out long before you can achieve it.

Plus, the real aim is self-efficacy, that fundamental increase in capability and possibility, the new and improved version of yourself you get to become after achieving your goals.

So if you’ve got epic goals, try keeping them hush-hush.

It’ll be your little secret, keeping you in motion,
moving constantly day by day closer to your goal.