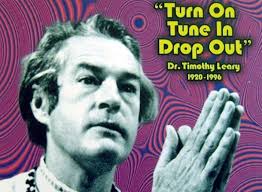 Your identity is not fixed, but highly fluid. Identity follows behaviour.

How does this work?

It works based on two very important concepts of cognitive processing streams:

Put simply, if you want to have confidence, you can have it. All you have to do is behave in desired ways, even for a short period of time.

Why does all of this matter?

It matters, because you have the power to radically change your identity.

Even at a biological level, new science in epigenetics and neuroplasticity is showing how malleable and fluid our neurobiology is.

The Problem With High Performing Overtime

It’s actually very common for people who are succeeding to get stuck.

Think about some of your favorite authors, musicians, and even companies.

At some point, they generally stop being as innovative.

We all have that band we love, whose first album or two had way more soul. Then, once they became famous, their music became far more tame.

The same is often true of world-class chefs.

Once a restaurant becomes highly successful, they usually stop innovating the menu as much.

Once something is working, it’s hard to go back to ground zero.

Specifically, all goals are either offensive or defensive.

If you’re seeking to advance your current position, you’re “approaching.”

If you’re seeking to maintain your position, or avoid something bad from happening, you’re “avoiding.”

When you’re avoiding, you’re less concerned about the rewards and more focused on the risks. And you have no desire to proactively confront those risks. Instead, you’re simply trying to shield yourself from any problems that come your way.

I’ve seen this with many of my role models. For example, some of my favorite authors have shifted from approach-oriented to avoid-oriented.

I can see it in their work.

They are making far less significant ideological attempts in their writing. Their books are becoming more mainstream. Obviously calculated and less intuitive and inspired.

When you begin succeeding, your focus can shift from WHY to WHAT. Instead of operating from your core, your simply try to maintain success.

This is how you get stuck.

This is how you get confused and lose your identity.

Are you on offense or defense?

Are you approaching or avoiding?

Are you proactively becoming the person you want to be?

Or are you holding on to the person you think you are?

The Antidote: Never Stop Re-Inventing Yourself in FLOW!

In the brilliant Netflix documentary, Chef’s Table, which highlights the lives of the world’s most successful chefs, one particular episode stands out.

The number one chef in Asia, Gaggan Anand, is known for spontaneously throwing out his entire menu and starting from scratch. Even when his current menu is getting lots of attention.

This may not seem like a big deal, but it is.

When a restaurant starts getting recognized and certain awards, it’s generally based on the menu and overall atmosphere.

Being literally number one in Asia, it would make sense for Gaggan to keep his restaurant how it is.

But that’s not what he does.

Creativity, and always pushing his own boundaries, is what he is about.

So just because something is working doesn’t give him permission to stop evolving.

So he reinvents himself.

No matter how hard it is to walk away from something brilliant.

The whole notion of “finding your calling” has led people to having fixed views of themselves.

There isn’t just one thing you were born to do.

You can expand and grow in countless ways. Especially after you learn the process of learning. You can take all of your experience becoming great at something, and quickly become proficient at something else.

In this way, you never plateau. You’re always growing and evolving as a person.

Timothy Leary brought it to the point with the famous heuristics: Turn in, switch off

From the neuro-biological and -pharmacological point of view of the neuroscience of FLOW,

Given that your identity is fluid and malleable, you have an amazing opportunity to redefine who you are.

All you have to do is consistently and boldly reshape your behavior.

You can do this in the form of a 30-day challenge.

What’s something you’ve wanted to do, that you haven’t done?

Or, what’s something that would clearly lead you to a place you’d like to be?

It could be 30 days of extreme health and fitness.

That would definitely change things.

It could be facing an extreme fear: like 30 days of asking people on dates.

It could be 30 days of writing articles, or filming videos.

Whatever it is, if you do it for 30 days, your identity will change.

Your fears will become cauterized and neutralized.

You’ll adapt to your new behaviors.

Your psychological state will change.

You’ll begin to identify with your new behaviors.

Will you have to deal with some negative emotions along the way?

Will you face a load of resistance and fear?

Will you want to quit?

The answer is probably yes to all of those questions.

But THIS is how you separate yourself from the masses.

This is how you make quantum leaps in your progression, while most people make incremental progress.

This is how you consciously shape your identity and future.

Where will you be in 30 days from now?

I’ve created a cheat sheet for putting yourself into a FLOW-STATE, immediately. You follow this daily, your life will change very quickly.

Follow me!
The Art of Hiring (future) Excellent Leaders

30 FLOW Hacks that will make you UNSTOPPABLE
Nach oben scrollen