Which is the „feel-good“ neurotransmitter that plays a major role in the science of happiness, motivation, and healthy weight …?

You guessed it!? Dopamine.

Everybody wants to be productive, fit, and happy, right? And if we had our way, most of us would always be this way. So let’s start with the brain science of happiness.

What does “being happy” actually mean?

And what does happiness look like inside our brain?

Structures in our brain, collectively called the limbic system, manage the chemicals responsible for human happiness.

These „feel-good“ chemicals are dopamine, endorphin, oxytocin, and serotonin, which are released each time we see something good for our survival.

Whenever we sense something, the limbic system decides whether (or not) it’s worth a splash of happy hormones.

We may have inherited this system from our ancestors, but our brains don’t automatically know when to release feel-good chemicals. Instead, it’s our experiences and the neural pathways they form which determine what makes us feel happy and what doesn’t.

Neural pathways mainly form when we’re young: Each time we experienced something wonderful as a child, a neurochemical connection was built or strengthened.

When you were hungry as a child, for example, that experience probably made you feel bad. If your mom gave you a cookie to ease your hunger, however, you probably felt better. If this happens a few times, a connection between your neurons forms.

That’s why you now reach out for a cookie whenever you feel bad: your brain formed a link between eating cookies and a happy feeling. (SOURCE: Meet Your Happiness Chemicals: Dopamine, Endorphin, Oxytocin, Serotonin)

What’s your definition of happiness?

Is happiness just a momentary thought or a feeling, or a general sense of well-being?

However you define it, it’s most likely uniquely different from anyone else’s description, and from a scientific perspective, happiness is experienced in different ways depending on your state of mind!

Try this experiment right now: FLOW exercise: Think about some of the happiest moments in your life, and then close your eyes and perform your favorite meditation. When you are deeply relaxed and grounded ask your “intuition” to give you a new definition of happiness.

Dopamine also plays a role in fear, emotion, and risk perception. Just as it can motivate you to do more, it can also make you do less.

To trace the source of motivation, we’ll begin in the brain where neurotransmitters spark chemical messages to keep us alert and on task.

Dopamine’s chemical signal gets passed from one neuron to the next, and between those two neurons, dopamine interacts with various receptors inside the synapse. 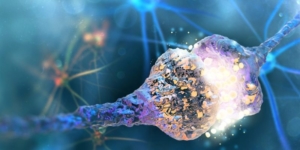 Neurotransmitters carry chemical messages that play out in your brain and affect the rest of your body.

This may sound simple, but when you scale it up from a single pair of neurons to the vast networks in your brain, it quickly becomes complex.

There are different types of receptors, neurons, and pathways that neurotransmitters can take, so things can get complicated fast.

And for motivation specifically, it matters which pathway dopamine takes.

The mesolimbic pathway, which comes from the middle of the brain and branches to various places like the cerebral cortex, is the most important reward pathway in the brain. (SOURCE)

Your brain recognizes that something important is about to happen so the dopamine kicks in and performs its tasks before we obtain rewards. This means its real job is to encourage us to act, either to achieve something good or to avoid something bad. (SOURCE)

In a study from the Journal of Neuroscience, a team of Vanderbilt scientists mapped the brains of “go-getters” and “slackers.” They found that people willing to work hard had higher dopamine levels in the striatum and prefrontal cortex—two areas known to impact motivation and reward. (SOURCE)

Among slackers, dopamine was present in the anterior insula, an area of the brain involved in emotion and risk perception. Researcher John Salamone explains:

Low levels of dopamine make people and other animals less likely to work for things, so it has more to do with motivation and cost/benefit analyses than pleasure itself.

Motivation happens when your dopamine spikes because you anticipate something important is about to happen. The brain can be trained to feed off of bursts of dopamine sparked by rewarding experiences. You create the dopamine environment, and the brain does the rest.

One way to achieve those rewarding experiences is by setting incremental goals. Dopamine will flow as a result of your brain’s positive reinforcement every time you complete a step and meet a challenge.

Here are some natural ways to get your dopamine flowing.

Researchers recently showed how when people crave specific foods and drinks, their brain releases the most dopamine when taking the first sip or bite.

Their findings report that the gastrointestinal tract is in constant contact with the brain and uses reward stimuli to control our desire for food. Not so surprising. And it makes sense because of the brain-gut connection, right?

Scientists at the Max Planck Institute for Metabolism Research in Cologne were able to show that our gastrointestinal tract is in constant contact with the brain and uses reward stimuli to control our desire for food.

Dopamine is the most important messenger substance of the reward system in the brain and is released when, for example, goals are achieved or desire for something motivates us to take action.

And when it comes to food intake, we’re only partially in control. Scientists at the Max Planck Institute for Metabolism Research in Cologne were able to show that our gastrointestinal tract is in constant contact with the brain and uses reward stimuli to control our desire for food. 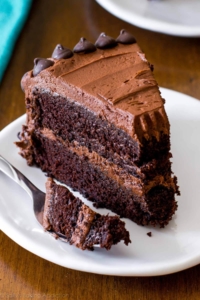 Your desire for sugar?

In elaborate studies, research group leaders Marc Tittgemeyer and Heiko Backes have investigated the question of how food intake in the body is actually controlled.

The scientists offered milkshakes to volunteers and at the same time measured the release of dopamine in the brain using a newly developed method.

With the first taste of the milkshake, the brain immediately releases an initial wave of dopamine. As soon as the drink then reaches the stomach, another round of dopamine is released.

The researchers have also found a link between subjective desire and dopamine release: The brains of participants who had a particular craving for the milkshake, released more dopamine when they first tasted the drink.

As soon as the milkshake reached the stomach, however, less dopamine was released. No wonder binge eating is such a big thing . . . especially when we’re low on dopamine. Heiko Backes explains:

Our data show that our cravings are closely related to dopamine. If we don’t get the second release of dopamine through the stomach, we might continue to eat until we do.

Food intake primarily supplies the body with energy and nutrients. Ideally, energy consumption and food intake are in constant balance. However, food also has a rewarding value: “If the reward signals are stronger than the equilibrium signal, we eat more than necessary, which can lead to overweight and obesity,” says Backes.

Can obesity then be prevented by controlling the release of dopamine?

How our body signals influence our actions and how we can influence those signals, for example through cognitive control, is not yet really understood. More research is still needed.

Dopamine has a biological connection to our motivation to achieve. You can increase your dopamine via positive feedback, and that happens by tracking incremental progress. (SOURCE)

Increasing your motivation can’t just be about hacking dopamine; it needs to be about digging deep and taking action—especially if you want to make a major change in your health, wealth, and happiness.

To learn more about how you can reprogram your subconscious mind to achieve your goals, join my newsletter community to reserve your update, just entering your best email address on the landing page of this website.

Follow me!
How to prime your brain for „success & growth“?